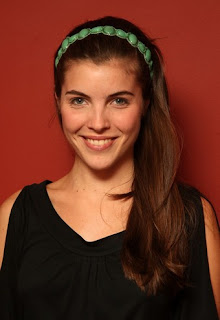 
Josefina Scaglione (born 1987) is an Argentinian musical theatre actress, best known for her performance as Maria in the 2009 Broadway revival of West Side Story, for which she received a Tony nomination for Best Leading Actress in a Musical.

Scaglione was raised in Rosario, and became interested in performing as a child. While in high school, she received a scholarship to attend a summer arts program at Point Park University in Pittsburgh, Pennsylvania. Upon graduating from high school, Scaglione moved to Buenos Aires and began working as a musical theatre actress. In Buenos Aires, she performed in Cinderella, and as Amber Von Tussle in Hairspray. 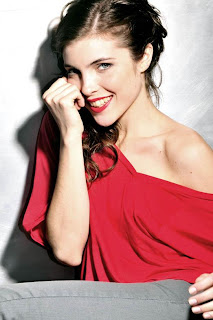 In 2008, director Arthur Laurents, unable to find an actress in the United States appropriate for the part of Maria in a Broadway revival of West Side Story, discovered Scaglione after friends in Buenos Aires directed him to a YouTube clip of her performing Astor Piazzolla's composition Libertango. Laurents flew Scaglione to New York City to audition, where she immediately received the role, despite the fact that she was unknown in the United States. After performing as Maria at the National Theatre in Washington, DC, Scaglione made her Broadway debut in West Side Story at the Palace Theatre on March 19, 2009. As Maria, Scaglione won the Outer Critics Circle Award for Outstanding Actress in a Musical and a Theatre World Award, and was nominated for the Tony Award for Best Leading Actress in a Musical. 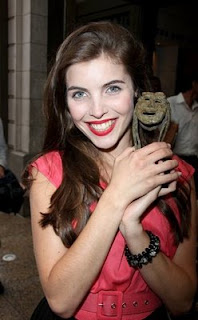 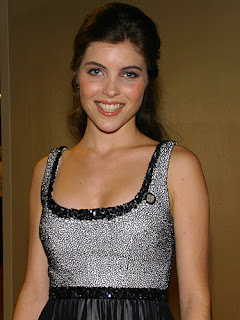 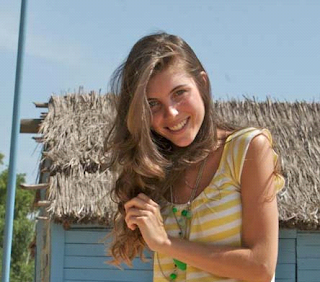