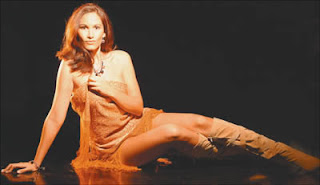 It started in modeling at age 16 and participated in the Elite Model Look when she won Antoinette van Dijk. She's been formed part of the magnificent Paul Manzoni but seduced by the idea of contests. It was Miss Bolivia Santa Cruz and Miss International in 1999. A couple of years decided to devote himself to his studies.
Now, at age 23, after a few pounds off others and get back into shape, Natalia Gamarra Arteaga appears on the scene again from the hand of Pablo Manzoni.
"She was always in my plans to return to modeling. It gave me satisfaction and was waiting quite a clear opportunity. It gave me and here I am again, training hard, "said the junior industrial engineering and business in the UTEPSA.
Natalia feels safer and more mature, but believes that one never stops learning. "Being a model is a work, has its sacrifices. While studies do not need one because he will experience assimilating all, it's not so easy to stay in shape, "she says.
Going to the gym a few months ago, with his mind set on his back and eyes fixed on Manzoni agency, "but I never imagined that I would consider to be magnificent so fast," says still excited. Her presentation was this week. "I know it will be a positive experience for the security and commitment and I'm putting you did not have before. It was magnificent but it's different now, Paul has grown, "she said. 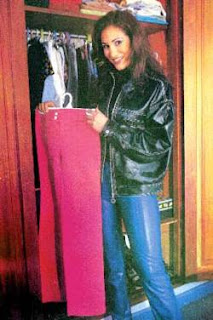