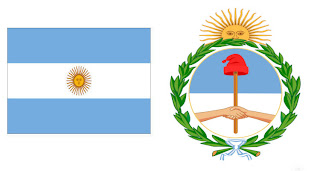 República Argentina is a country in South America, bordered by Chile to the west and south, Bolivia and Paraguay to the north, and Brazil and Uruguay to the northeast.  The country is a federation of 23 provinces and the autonomous city of Buenos Aires, its capital and largest city. It is the eighth-largest country in the world by land area and the largest among Spanish-speaking nations.  Argentina became the first country in Latin America and the second in the Americas to allow same-sex marriage nationwide. In 2012, Argentina became the first nation in the world to enact a "Law of Gender Identity" providing for full rights and protections for transgender individuals. 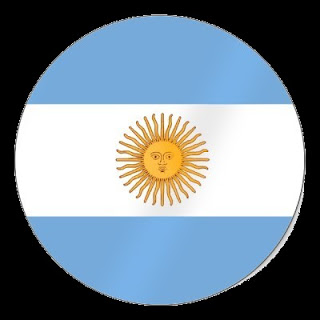 Buenos Aires
Offers elegant architecture, exquisite cuisine, a legendary nightlife, and fashionable shopping. The most popular tourist sites are found in the historic city core, comprising Montserrat and San Telmo. The city was originally constructed around the Plaza de Mayo.

The Iguazú Falls
Iguazu Falls Iguazu, meaning 'great waters' is surrounded by national parks on both the Argentina and the Brazil sides. The falls themselves are divided into 275 separate falls, the highest being the Devil's Throat, higher than Niagara Falls at 70 m.


Lake Nahuel Huapi
Nahuel Huapi is a glacial lake located along the eastern slope of Southern Andean
The lake offers one of the nicest landscapes in South America,  The international city of San Carlos de Bariloche, growing up very fast on the southeastern margin of the lake, attracts every year lots of tourists with pleasant summer weather and winter sports.


Bariloche, Argentine
Bariloche is a tourist orientated town in Argentina's Patagonia. If you're looking for cheap accommodation, stay in the town itself, but it's far more pleasant if you can afford to stay at a lakeside hotel or rental property just outside of Bariloche itself. Local tour operators offer various boat and catamaran trips, the Puerto Blest tour being one of the best. Other tours in Bariloche include trips to glaciers, railway journey trips, scenic drives, in addition to the many excellent nearby hikes. As for luxury hotels in Bariloche, the Llao Llao hotel is the most famous - it has a spectacularly beautiful lakeside location, but it is a large resort (the Llao Llao is one of Argentina's most famous hotels). Other hotels in Bariloche include Pire-Hue (more of a ski resort hotel), the boutique style Aldebaran, Edelwiss Hotel and the Tunquelen which feels more secluded than the neighbouring Lla Llao. The Design Suites is an alternative small boutique hotel in Bariloche.

El Calafate, Argentine
Nestled on the shores of the Argentinean Lake is the small village of El Calafate. From here you can see the wildlife of the Nimes Lagoon, hike to the Perito Moreno Glacier (a UNESCO world heritage site) and the border of Chile, see the rock paintings of the Gualicho Caves and swim or fish in the Roca Lake. There are also plenty of rural tourism activities to see such as sheep shearing.


Mendoza, Argentina
Mendoza located in Western of Argentina. It is the center of the Argentinian wine industry, for which it is world renowned. It is also near the Aconcagua, Rosario Explore the mountains or go to Aconcagua on the Chilean border to take in the view of South America’s highest mountain, the Cerro Aconcagua. Mendoza is a city in western Argentina, in the desert Cuyo region.

Rosario, Argentine
Offers museums of modern art, a blend of Spanish and Italian architecture, parks home to beautiful statues and monuments, beaches along the river front, restaurants with international cuisine and steakhouses where you can get the best and biggest Argentine beef steaks you have ever seen, or taste the local gourmet specialty - fresh river fish.