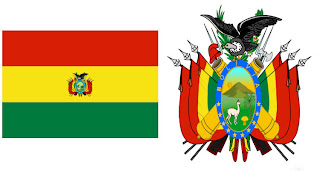 Plurinational State of Bolivia  is a country in central South America. It is landlocked and bordered by Brazil to the north and east, Paraguay and Argentina to the south, Chile to the southwest, and Peru to the west. Bolivia is a democratic republic that is divided into nine departments. Its geography is varied from the peaks of the Andes in the West, to the Eastern Lowlands, situated within the Amazon Basin.

The ethnic composition of Bolivia includes a great diversity of cultures. Most of the indigenous peoples have assimilated a mestizo culture, diversifying and expanding their indigenous heritage. Consequently, there is in Bolivia a mix of cultures, which join Hispanic and Amerindian. 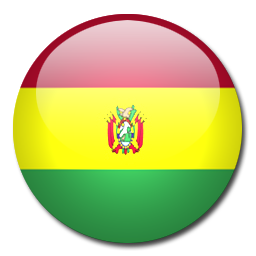 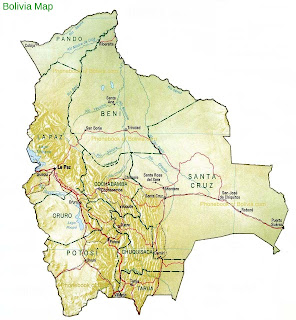 Tourism
Bolivia is now well and truly on travelers’ radars; opportunities for cultural and adventure activities and off-the-beaten-path exploration have exploded. But while most travelers stick to the well-worn paths of the Altiplano, there’s plenty to be found elsewhere, including the tropical east and the lowland regions in the south.

Learn more about Bolivia and its main cities and attractions

La Paz
La Paz was built in a canyon created by the Choqueyapu River (now mostly built over), which runs northwest to southeast. The city's main thoroughfare, which roughly follows the river, changes names over its length, but the central tree-lined section running through the downtown core is called the Prado. La Paz geography, in particular the altitude, reflects the city's society: the lower you go, the more affluent. While many middle-class paceños live in high-rise condos near the center, the really rich houses are located in the lower neighborhoods southwest of the Prado. The reason for this division is that the lower you go in the city the milder the weather is. And looking up from the center, the surrounding hills are plastered with makeshift brick houses of those struggling in the hope of one day reaching the bottom. The satellite city of El Alto, in which the airport is located, is spread over a broad area to the west of the canyon, on the altiplano.
La Paz Main Attractions

Presidential Palace:
Also known as the Palacio Quemado (Burnt Palace) due to repeated fire episodes the building endured in the past.

The Cathedral:
Built in 1835, the cathedral is an impressive building worth seeing. It is located in the Plaza Murillo nest to the Presidential Palace.
Churches: San Francisco, Santo Domingo

Titikaka Lake:
The highest lake in the world offers a wonderful view of magical surroundings and enchanted waters.

Copacabana:
Town located on the shores of the Titikaka lake. It attracts hundreds of pilgrims each year for the Virgin of Copacabana festivities.


Sucre
Sucre today has become a more conservative city, as the old wealth and power of the city is threatened by the Evo Morales government and its plans for reform and wealth redistribution. The city of Sucre is also known as the City of Four Names, being those names La Plata, Charcas, Ciudad Blanca (White City), and Sucre. On December 13, 1991 UNESCO declared the Historic City of Sucre a "World Heritage Site" in recognition of its rich history and its wealth of colonial architecture.

Casa de la Libertad:
House located on the main plaza, where the declaration of independence of Bolivia was signed on august 6th, 1825. Portraits of presidents, military decorations, and documents are displayed.

Museo de la Recoleta:
Established by the Franciscan Order in the early 16th century, this placed served as a convent, barracks, prison, and museum. Displays anonymous paintings from the 16th to 20th centuries.

Biblioteca Nacional de Bolivia:
Archivo Nacional. Contains documents of the Audiencia de Charcas and those of the republic. Includes documents from the XVI to the XX centuries.

Email ThisBlogThis!Share to TwitterShare to FacebookShare to Pinterest
Labels: Bolivia